Ealing Green Party Chair and Hanwell Broadway candidate Neil Reynolds said that despite not getting the Green Councillors Ealing needs, the hard work for communities will continue with ongoing calls for action on protecting green spaces, tackling air pollution, and putting the needs of residents before developers.

“The Greens have been making gains across the country. We are of course disappointed not to have new Green Councillors in Ealing but we will carry on working to hold the Labour Council to account.”

“Protecting Warren Farm is such a key issue for residents, and is vital for biodiversity. We are not going away, and will be keeping the pressure on the the Council to make the whole area a nature reserve.”

“The Green Party is growing both nationally and in Ealing; we stood more candidates than ever before in this election. We will all continue to work hard for people and planet.” 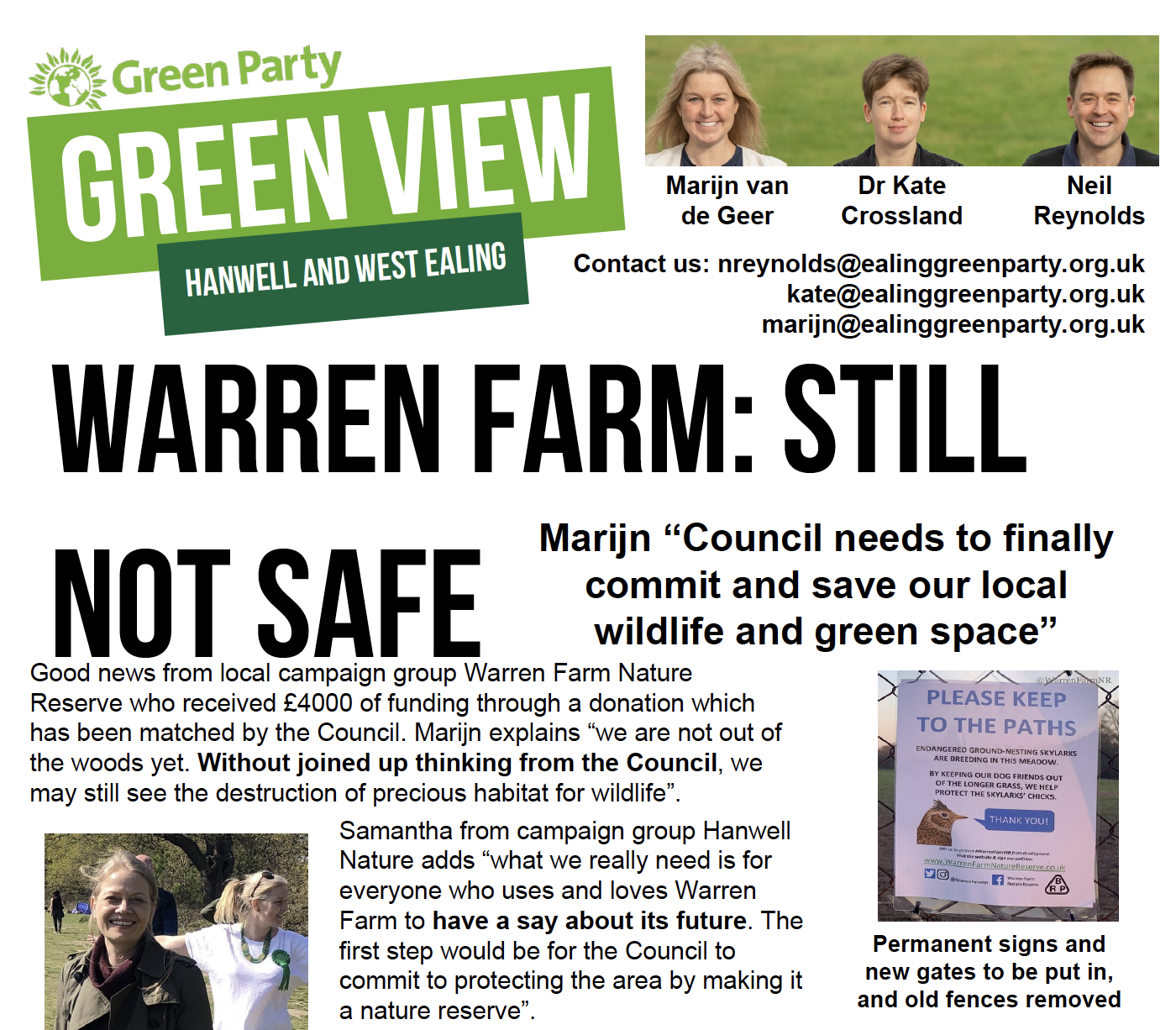